April 30th, 2016. The annual meeting was held at the Wilkerson Student Center @ BYU. Our president Randy Hill opened the meeting with Trust...

OK--we have a situation in Sanpete county about our weed control. It is the state law that property owners must control their noxious weeds (even though the county control theirs! but that's another blog). There are numerous ways to control--from the county website:


cutting, tillage, cropping, pasturing or treating with chemicals or other effective methods or combination thereof, approved by the County Weed Control Supervisor,

The county suggests several chemicals to use of which they use Milestone most often (or at least in Hideaway). Milestone is much more dangerous than the county road crew would have you believe!


MSU Extension - Urban IPM: " An herbicide that tainted Green Mountain Compost (GMC) last summer can no longer legally be used on Vermont pastures. But compost companies still worry the chemical will find its way into their products. The GMC compost, made at the Chittenden Solid Waste District facility in Williston, damaged or killed some broadleaf garden plants, such as tomatoes, costing the district at least $800,000. The cause of the contamination was found to be aminopyralid. That agent is found in Dow weed-control products Milestone and Forefront and it apparently entered Green Mountain Compost in manure from horses that consumed feed treated with aminopyralid products. Milestone is used to kill up to 85 plant varieties. The discovery was the result of many months of forensic work by CSWD, the state Agency of Agriculture, the Environmental Protection Agency and pesticide giant Dow Agrosciences. The identification of aminopyralid as the cause of the compost contamination led to Dow voluntarily changing its labeling of the chemical, ruling out its use on pastures in New England or for any purpose in New York. Any violation, or off-label use, is a federal offense. The new restrictions are aimed at keeping aminopyralid out of horse feed, specifically hay. Horse manure is often a key ingredient in local compost."

Off label use is a federal crime and Milestone cannot be used in a residential and urban setting. IT IS AGAINST FEDERAL LAW. So if anyone has received a certified letter saying that you must use aminopyralid, that is incorrect for Hideaway as we are a residential subdivision. Read about it on the Hideaway website.

I am using the 2-4D spray on my properties as are my neighbors and they say it works great if you tackle it about now--or graze your land or cut--but don't use the poison herbicide from Milestone. Here is what you can do if you want to take action (any of these will help, especially telling the EPA that the county isn't following the labels when forcing people to use this toxic chemical. The more EPA reports the faster we can stop this abuse.


WHAT CAN YOU DO to stop the
spraying?

If these are unacceptable risks, there are things you can do.
1.Read all the links and facts following this and watch the film made by a resident.
2.Request another meeting of the county commissioners and when booked, send us a notice and we can post it so that other members get the word and show up
3.Write a letter (email) of concern to Randy Hill, presadent@hideawayvalley.org
4.File a complaint with the EPA since the use of this herbicide is against federal law in an urban setting (only rated for NON inhabited lands)if they get enough complaints, they will take action

April 30th, 2016. The annual meeting was held at the Wilkerson Student Center @ BYU. Our president Randy Hill opened the meeting with Trustees Angie Russel and Kurtis Zobell in attendance and Fred Smith attending by proxy via Randy. There were approximately 10 members present. 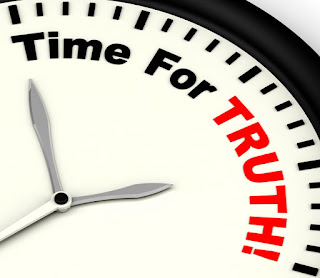 Randy Hill gave an exemplary address as he summarized last year's difficulties and the future steps we can take to protect member interests in our community. President Hill placed a particular emphasis on how much money was spent without member approval. He passed out last year's financial statement that had been withheld from members at the last annual meeting. The president then shared a 24 page document of rewritten covenants that the last administration ordered without asking for member approval as required in both our bylaws and current covenants.

This unauthorized attempt to take away member rights and vesting most power in a board cost Hideaway $8700 in attorney fees. The real tragedy is what this document would have done to Hideaway. It gave virtually all power to a board with little to no member input. The board would have been ale to make any rules they wanted, create and levy fines at will, take away voting rights, take away proxies, take away the ability to allow a person with a POA to vote. If this had been allowed to go through, you, dear member would have been rendered a slave to to the whims of a board. The only way you would have input would be to elect a new board (but with an all-powerful board controlling elections and no proxies or agents allowed that is almost meaningless) is for 67% of members to vote against a board--that would be 320 votes to stop a board from doing anything they pleased with your property as collateral.
Read the $8700 document


Here is the document President Hill passed out. Download it here.

It was pointed out that in order to amend our current covenants, it requires 50% approval of all owners. That is 225 yes votes, which we know will never happen in Hideaway. So Randy asked,"How did they propose to do this? By doing something illegal?" We don't know.

In addition, It seems the attorney doesn't know his corporate law because in order to change the number of members required to vote on something you cannot do it with less than the new requirement--in other words--they were going to change the required number of votes from 225 to 320, but by law you need 320 votes to change it--which we all know would never ever happen in Hideaway. Was the past administration stupid? Do they think owners are? Or are they crooks? Harsh words?

No. Events were considerably harsher than outlined here. Many of your neighbors were maligned, forced to pay high legal fees for dishonest books, liens wrongfully placed on properties, favors given to friends and lies told on those who asked questions. No books were forthcoming and a single man took $5000 of Hideaway money and paid it to an attorney to keep himself in power--he had no authority from any board to do so. The attorney who took the money is no longer with that law firm and the law firm paid it back, acknowledging that the expenditure "may not have been properly authorized."

This was completely against the Oath of Office that the past administration signed. Roy Walker insisted on producing this "Oath of Office" and then dishonored it thoroughly.

Our New President Randy Hill has promised that no more major decisions will be made without member approval and when members ask for records, they will get to see them--no more secrets or secret documents done behind member's backs.

We have a solid board of member servant/volunteers now. We are blessed.

It's about time that an Attorney General did his or her job! (read about Indiana below) The Law in Utah also states that the Attorney General should make sure that corporations are run correctly BUT our Attorney Genral thinks that board members who misuse their power in an HOA consititues a civil matter! "Don't bother me with your petty problems--I have a golden ring to find!"

Does this say "civil matter" to you or does teh Attorney General only have time for the big wigs and not the Citizens of Utah?

Attorney general uses power to uphold transparency of homeowners’ associations | Dearborn County Register: "The Indiana Attorney General’s Office has reached a settlement agreement with three former board members of The Harbours Condominiums Association in Jeffersonville, resolving a longstanding dispute that will effect homeowners’ associations throughout Indiana.
The AG filed a lawsuit in 2012 alleging the defendants were using their positions of trust and authority as Harbours board members to make financial deals with association money that promoted their own best interests to the detriment of other association members, without other members’ knowledge or approval.
The Indiana Legislature in 2011 granted the attorney general authority to investigate and take action on allegations of fraud and misappropriation by homeowner’s associations or similar entities.
The legislation was expanded last year to make it easier for homeowners to obtain financial records from associations.
The law also allows for additional penalties in cases of wrongdoing."

'via Blog this'
Posted by Hideaway Blog at 11:45 PM No comments: